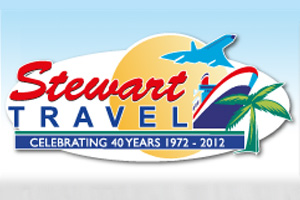 Minoan Group has completed its takeover of Stewart Travel and will issue almost four million new shares in order to complete its acquisition of John Semple Travel.

In an announcement to the London Stock Exchange this morning, Scottish-based Minoan said it would issue 2,860,000 shares to the owners of John Semple Travel to settle a loan of £320,000 which helped the group complete the purchase last October.

Minoan is listed on the LSE’s Aim market for small but growing companies.

The group announced its full acquisition of Stewart Travel in March after buying a near 20% stake in the agency in June 2011. It has run Stewart Travel since taking the initial stake.

Minoan said the integration of both companies was “now complete” and it is in talks on further “opportunities”.

The group acquired the Ski Travel Centre, also based in Scotland, in May and has plans for a resort development in Crete.

Minoan chairman Christopher Egleton said: “We are delighted the Semple family have all elected for the loan agreement to be settled in shares rather than cash, demonstrating how successful the integration of Semple into the group has been.

“We are also very pleased to have completed the Stewart acquisition.”

He said: “The group’s travel and leisure business has grown rapidly and we are excited by the potential to continue this growth. Discussions regarding a number of commercial opportunities in the sector are ongoing and the Board hopes to update shareholders in the near future.”