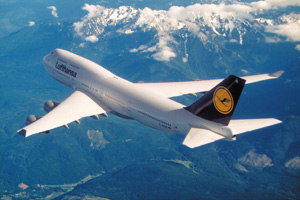 Cabin crew at Lufthansa plan a second strike tomorrow (Tuesday) after a walkout over pay and cost cutting measures brought Frankfurt airport to a standstill on Friday.

The union involved plans to strike for longer than the eight hours on Friday and at more airports but is still considering the locations.

Cabin crew union UFO said it would give at least six hours warning before any new stoppages start.

The first day of industrial action cost Lufthansa millions and its impact was still being felt on Saturday when it was forced it to cancel another 19 flights.

A Lufthansa spokesman told Reuters that the airline had little possibility to prepare for the strike.

The union is seeking a 5% pay rise and guarantees that Lufthansa will not outsource jobs and use more temporary workers.