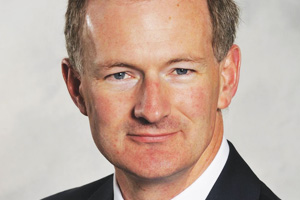 Tourism minister John Penrose became the latest casualty of government reshuffle today when he stood down from the Department for Culture Media and Sport (DCMS).

Penrose followed his former boss, culture secretary Jeremy Hunt, out of the department. But while Hunt has been promoted as health secretary, Penrose appears to have left the government.

In a statement to his constituency, Weston-super-Mare, Penrose said: “I’m very proud of the work I did as part of the DCMS team, boosting the tourism industry, cutting red tape and helping with a highly successful Olympic Games.

“The good news is now I’ll be able to fight even harder for our area. I’m looking forward to it hugely.”

Penrose had been minister for tourism and heritage since the 2010 general election.

No replacement has yet been announced and it appears the number of DCMS ministers has been reduced.

However, a DCMS spokeswoman declined to comment, saying Penrose’s departure had yet to be confirmed.