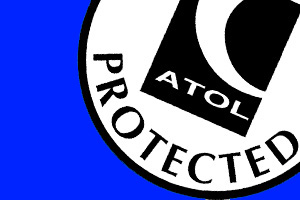 Agents and tour operators struggling to be ready for the launch of Atol Certificates on Monday can expect a brief period of grace from the Civil Aviation Authority (CAA) so long as they can show they are working to comply.

But new aviation minister Simon Burns insisted yesterday: “The law is the law and we expect to be obeyed.

“It is the role of the CAA, as the enforcement body, to work with the industry and not take a sledgehammer to crack a nut but also to ensure people do not use this as an excuse.

“The CAA will be there to be helpful but not to allow people to avoid their responsibilities.”

From October 1, travel companies will be required to issue an Atol Certificate to a customer when they accept a payment for any Atol-protected holiday.

In his first public statement on reform of the Atol scheme, Burns said: “After the [Flight-Plus Atol] regulations came in on April 1 there were representations [from the industry], in particular from the smaller end of the market, about the time they would need to make this work. So we gave a six-month period for people to put their house in order.”

Now, he said: “Companies have to obey the law. They have to familiarise themselves with the law, ensure their staff know what they are doing and make sure customers are aware of what they are getting.”

Burns replaced Theresa Villiers at the Department for Transport in the government reshuffle in early September.
CAA chairman Dame Deirdre Hutton confirmed: “There will be a grace period. We will continue to help people. But in the end we will enforce the law.”

Andy Cohen, CAA head of Atol, made clear that a firm found in breach of the new regulations could not expect to see customers refunded by the Air Travel Trust (ATT) in the event of a failure.

Burns said: “From October, consumers will get a standardised Certificate confirming they are fully protected. There will be no more wondering. People will be able to say with absolute certainty: I’m covered. I’m safe. That is a change worth celebrating.

The minister said he wanted “to pay tribute to everyone in the travel industry who has helped make this possible”.