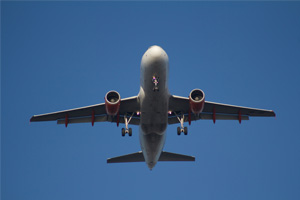 The success of the Fair Tax on Flying campaign in persuading people to write to MPs about APD has done little to increase awareness, according to research.

A study of more than 2,000 UK adults by market research company TNS concluded: “There is no evidence of any increased awareness of APD.”

The findings were disappointing in light of A Fair Tax on Flying’s success this summer when more than 200,000 people emailed MPs demanding a Treasury review of APD’s economic impact.

About 100 MPs supported a motion calling for a parliamentary debate at the start of this month that led to a vote supporting a review.

The TNS research, carried out for Travel Weekly last month, suggested the social media campaign barely registered with the population as a whole and attitudes to APD remained unchanged.

Two out of five people (38%) had not heard of APD, 23% thought it should be scrapped, 20% reduced and 15% believed “it’s fair” for those who can afford to fly. TNS asked a similar question a year ago and found “no significant differences in any of these figures”.

The survey revealed 87% of respondents had never heard of A Fair Tax on Flying: 11% of the remaining 13% “had no idea” what the campaign was or thought it was “in favour of APD”.

TNS told respondents about the plan to increase APD rates in April – £2 per passenger on economy medium and long-haul flights – and found 74% thought it would make no difference to them.

Among air passengers – identified as those who had flown in the past two years – two-thirds said it would make no difference.

One in three recent flyers said APD would make a difference: these comprised one in five who might reconsider their choice of destination and one in 10 who said they were likely to fly less.

Again TNS concluded: “There has been no significant change in travel behaviour and attitudes towards APD in comparison to October 2011.”

The findings are significant since APD rates rose by double the rate of inflation in April this year – an overall increase of about 8%.

TNS found overwhelming public agreement with the statement that “APD is an easy way for the government to raise money”; 71% agreed and 44% did so “strongly”.

However, the survey also found a majority “pay no attention to the tax and charges on air fares”; 59% of all adults agreed with that, with the proportion higher among recent flyers at 70%.

One in four respondents thought APD was “an environmental tax” and “good for the environment” despite the government itself now saying the tax has nothing to do with the environment.

“From a government perspective, it is a clearly seen as a useful source of tax revenue that can be collected from passengers without major complaint.”

Economic secretary to the Treasury Sajid Javid, the minister responsible for APD, concluded the debate in parliament on APD on November 1 by telling MPs: “APD makes an essential contribution to the public finances. We have no plans for further reform at this point.”

TNS interviewed 2,039 UK adults, representative of the UK population, as part of the TNS Omnibus survey on October 24-28