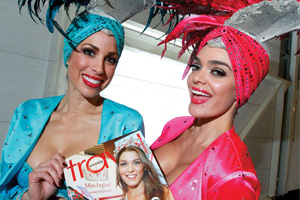 Visitor numbers to World Travel Market increased by 3% over the four days against last year’s show, according to organisers.

Invited visitors on the first day of the exhibition – Monday, November 5 – were up by 5% on last year’s event.

The second day saw a 1% increase on the same day last year while Wednesday achieved a 9% rise in visitors. The final day saw numbers up marginally by 1%.

“WTM 2011 facilitated an impressive £1,653 million in industry deals. I am confident that the increased visitor numbers alongside the success of the speed networking events will see WTM 2012 responsible for almost £2,000 million in travel deals.”

Next year’s exhibition will include an increased focus on travel technology, luxury and business travel.