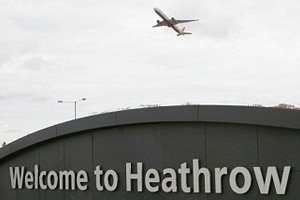 This will reflect a marginal increase in the expected number of flights and larger average aircraft size.

The hub’s revenue is expected to grow 9.7% to £2,439 million reflecting primarily increased passenger numbers and aeronautical fees supported by further growth in retail income per passenger.

Adjusted Ebitda (profitability) growth of 16.6% to £1,344 million has also been predicted with the increasing cash flow said to be earmarked for financing the airport’s investment programme.

The west London airport expects to spend over £1.3 billion on its capital investment programme next year. This will involve accelerated activity on construction of the new Terminal 2, the biggest private development in the country.

The forecasts are contained in an investor report from Heathrow’s parent company which also assumes the sale of Stansted in early 2013.