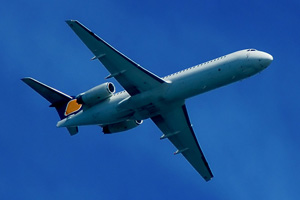 Poor air links to regions outside the southeast of England are holding back the UK economy, MPs were told yesterday.

Manchester and Birmingham chambers of commerce complained about inadequate long-haul links from their regions that were in some instances threatening efforts to rebalance the British economy away from financial services.

Birmingham Chamber of Commerce chief executive Jerry Blackett told the Commons transport select committee he was surrounded by “frustrated business people” who “cannot understand why they cannot get directly from the Midlands to the economies they are trying to do business with”.

He questioned why airlines were not providing more direct services from Birmingham airport, claiming there was “pent up demand” for additional flights.

“We have terrific businesses battling to rebalance the economy … somehow we have to get airlines to appreciate there is good business to be done supporting our businesses,” he said.

The British Chambers of Commerce, the Institute of Directors and business lobby group London First told MPs that the government should support more runways at Heathrow and Gatwick, the Financial Times reported.

City of London Corporation policy and resources committee deputy chairman Stuart Fraser said: “We need [a third runway at Heathrow] started tomorrow and we have not got time to explore [alternative options].”