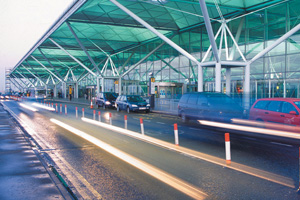 Stansted airport is to be sold for £1.5 billion to a consortium led by Manchester Airports Group (MAG).

Three final bids were submitted earlier this week, with the other two offers coming from infrastructure fund Macquarie and Malaysia Airports.

Heathrow Airport Holdings, the former BAA, agreed last summer to sell Stansted following an order by the Competition Commission. It continues to own London Heathrow, Southampton, Glasgow and Aberdeen airports.

Colin Matthews, chief executive of Heathrow Airport Holdings, said: “Stansted airport and its people have been part of our company for a long time. It has been named by passengers as ‘the world’s best airport for low-cost airlines’ for two consecutive years at the Skytrax World Airport Awards, and we are proud of its achievements.

“We wish the new owners every success and are confident the airport will continue to flourish.”

The consortium led by MAG, which also owns Bournemouth and East Midlands airports, was seen as the leading contender in the race to buy Stansted.

The sale is expected to be completed later this month.