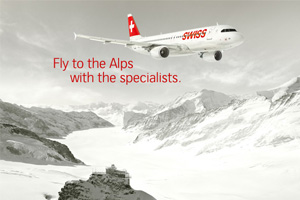 The Advertising Standards Authority upheld a complaint which challenged a claim on the airline’s website over 10% discounts for members of the Ski Club of Great Britain on routes from the UK to Switzerland.

The ASA ruled: “We told Swiss not to offer discounts on basic fares exclusive of VAT and surcharges and to ensure that their ads did not exaggerate the level of savings available.”

Swiss admitted that the 10% discount was applied to the fare before the relevant taxes and surcharges had been added.

The airline said the discounted rates had been available to ski club members only through a dedicated booking tool on a part of the website which was separate from the normal booking process.