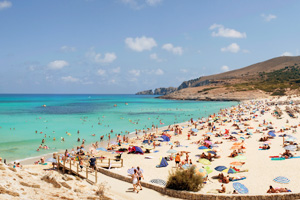 A survey by Explore Research in January found heightened interest among adults who failed to take a holiday last year or the year before. Three out of five of this group said they are more likely to go abroad this year.

Explore asked 500 adults whether they are more or less likely to take a holiday this year than last and when they took their last foreign holiday.

However, 59% of people who have gone without a holiday since 2010 or 2011 said they are more likely to book an overseas holiday this year.

The desire to go away was strongest among young adults, aged 18-34, with 53% declaring they are more likely to have a foreign holiday this year. Half this age group also took a holiday abroad last year.

About one in five older adults aged 35 and above said they were less likely to go away this year, and about half said no difference.

Those in the middle age range appeared most aware of the industry’s January marketing drive: 47% of those aged 35-54 said they had looked at current holiday adverts on TV, in magazines or online.