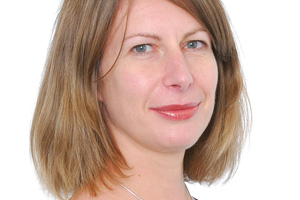 The news has been marked this week by another round of strikes in Spain, this time involving workers at Spanish airline Iberia, who have taken action in protest at planned cuts to jobs and salaries by parent IAG.

Although contingency plans were in place, the strikes were a reminder of how fragile the economic situation in Europe is and how much this can impact travel and tourism, even at a time when we’ve seen positive news emerging in recent weeks from the UK about forward bookings for 2013.

Spain is the UK’s number-one tourist destination and political and economic decisions made there have a direct impact on UK tourists.

The proposed tax would vary from €3 to €7.5 a day, depending on carbon-dioxide (CO2) emissions and be collected from customers by the car hire company, even if the customer has paid for the full cost of car hire up front.

It is not yet clear when the tax will be implemented.

We have asked the authorities not only to reconsider their decision, but also to ensure they don’t rush ahead with the tax.

Such decisions may offer a short-term boost for government coffers, but hasty decisions that don’t give travel businesses time to prepare and that take tourists by surprise can have a damaging impact.

No-one is underestimating the economic challenges many countries are experiencing, but taxing tourists does more harm than good in the long term, as past experience has shown.

Back in 2002, Spanish tourism suffered from a fall in British and German holidaymakers after a combination of factors, including strike action and the introduction of new eco-tax on accommodation in the Balearic Islands.

None of us wants to see this happen again, particularly when Spain has so much to offer as a destination.

Abta’s own research shows that, in the current economic climate, people are more prepared than ever to shop around to get the best-value holiday.

One of the attractions of Spain is that it is seen as offering fantastic value to British tourists.

It is essential to protect this reputation in order for Spanish tourism to prosper.