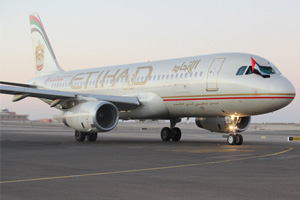 This comes as the UAE carrier negotiates to take a 24% stake in the Indian carrier.

“The purchase is part of a sale and lease back agreement signed on Tuesday,” Etihad is reported as saying. “Jet Airways will continue to operate flights to London utilising these slots.”

Jet Airways operates three daily flights to London, two from Mumbai and one from Delhi.

Etihad said: “The deal further strengthens the existing commercial relationship, which came into effect in July, 2008, making provision for codesharing between the two airlines.