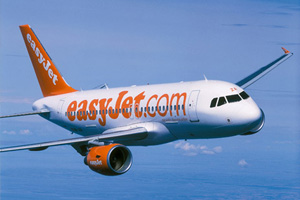 EasyJet has invited companies to tender for its easyJet Holidays partnership as its contract with Lowcost Travel Group expires next year.

Lowcost won the contract when the venture launched in 2010, beating off competition from On Holiday Group. The three-year deal ends in February 2014 and the current arrangement will continue until then.

Under the partnership, Lowcost’s accommodation and transfers are combined with easyJet’s budget flights and sold through easyjet.com/holidays. Lowcost also provides marketing, call centre and customer services.

An easyJet spokesman said it was standard practice to put tie-ups out to tender when a major contract was coming to an end. He confirmed Lowcost had been invited to pitch again for the business.

“EasyJet Holidays continues to go from strength to strength and is delivering record-breaking levels,” he said.

“Business has gone up significantly since we began working with Lowcost; it has been a good, strong partnership.”

Several companies have been invited to bid and will receive request-for-proposal documents today. The process, which is being led by easyJet Holidays general manager Mandy Round, is expected to take several months.