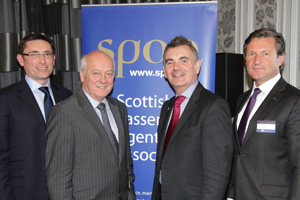 Agents must be involved in the development of Iata’s New Distribution Capability platform which promises to turn the distribution system on its head, according to the SPAA.

The Scottish agents’ association held a meeting in Glasgow yesterday with members and representatives from Travelport and Amadeus to discuss the project.

SPAA president Kevin Thom said: “Iata pushed through Resolution 787 without any collaboration from the agency world.

“That train may have left the station but there is still time to jump on if we want to be involved in the shaping of NDC. The seminar was to raise awareness and give members some understanding of what is happening.

“As more and more members become aware, new questions are arising. There is an apparent distrust of Iata to let them do it without our involvement.

“NDC could completely change the landscape of this industry so agents must be aware of it and get involved.”

The SPAA has also met the Guild of Travel Management Companies and Abta to see if the associations can work together on the issue.

Iata has said approval of the NDC would “modernise distribution” and enable carriers to sell their full range of offerings through all distribution channels.

NDC was formally launched at the Iata World Passenger Symposium in October, but work had been going on behind the scenes for about a year. No airline launch partners have yet been announced.