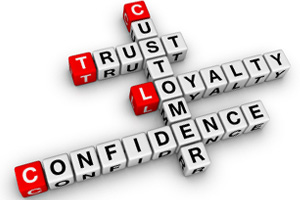 Airline and hotel loyalty programmes are not highly rated by consumers and do little to generate emotional attachment to brands, according to research.

He said: “Maybe there are too many loyalty programmes, maybe they are too complicated for customers.”

Liebrich, an e-tourism researcher at the university’s Institute of Tourism, reported the results of a study among online travel bookers in the UK, Germany and the US.

This found only 19% in the UK “like points programmes by travel providers”, and recorded a similar result in Germany. Only in the US was the rate higher at 45%, but in all three markets a majority did not like loyalty points programmes.

A majority in each market agreed they made repeat bookings and that “one brand is preferable to another”. Liebrich called this “cognitive loyalty” and reported a rate of 63% in the UK.

But he said rates of those reporting a favourable attitude to a brand or “affective loyalty” were “dramatically lower” at just 17% in the UK and 5% in Germany. Liebrich also questioned the value of social media in developing brand loyalty.

When he examined what factors led to loyalty he found a well laid out website rated highest – especially in the UK – followed by “good reputation and service”, “positive personal experience”, “low prices” and “a trustworthy brand”.

Aviva Pearson, director of new business development at US destination marketing consultancy Simpleview, told the forum: “The whole point of loyalty programmes is to create individual loyalty [to a brand], but there are 1.8 billion loyalty programmes in the US alone.”

She suggested: “Between one third and a half of people in a survey felt what they received through a loyalty programme didn’t match their expectations.

“I stayed at a hotel for three months then was offered four free nights for my loyalty. When I went to use them, my points had expired. You know, you fly 100,000 miles with an airline but you can only redeem your points one Saturday in May. A loyalty reward has to be worthwhile.”