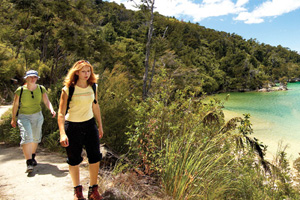 New Zealand’s annual international tourism showcase Trenz will return to Auckland in 2014 and dovetail with its Australian counterpart, ATE.

The event will take place on May 18-21 and will again be held on Auckland’s waterfront, the same venue as this year’s show which has just ended.

It was the first time Trenz has been held in the centre of Auckland.

Trenz 2014 will be aligned with Australian equivalent ATE, allowing international buyers to attend both events.

Tourism Industry Association New Zealand chief executive Martin Snedden said:  ”We’ve had a fantastic week in Auckland. Both the international travel buyers and the New Zealand exhibitors have loved the Trenz venue, and the ease of access to Auckland’s hotels, restaurants and entertainment has been great.

“There has been a real buzz at the event and I’m confident it will result in plenty of great business for the New Zealand tourism operators who are here.”

A number of regions have registered their interest in hosting Trenz in future.

“Trenz is a fabulous opportunity for regions to showcase what they have to offer international visitors and we look forward to taking the event to other parts of New Zealand in future,” Snedden said.