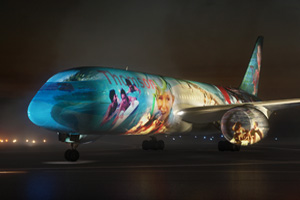 Thomson Airways will launch its Boeing 787 programme on July 8 after receiving the delivery dates for its first Dreamliners.

The 787 will go into service on Thomson Airways flights to Cancun and Florida as originally planned.

The programme had been scheduled to start tomorrow, May 1, but was delayed after the Dreamliner fleet was grounded in January following a battery fire.

The first 787 commercial flight since US regulators gave the go-ahead to safety measures proposed by Boeing took place at the weekend, operated by Ethiopian Airlines.

Thomson confirmed the start date for its long-haul flights with the aircraft this morning. However, the first Dreamliner in Thomson colours and the first flown by a UK carrier will enter service ahead of July 8 on short-haul routes to allow crew to train on the aircraft.

Thomson has already confirmed passengers booked on the 787 in May and June will fly on alternative aircraft.

Today it announced customers booked on the 787 between July 1 and July 7 would also fly on different aircraft.

Thomson said: “We are delighted to be introducing the 787 into our long-haul fleet, and look forward to welcoming customers on board. Unfortunately, this does mean we need to move customers travelling between the 1st and 7th July on to alternative aircraft for the outbound journey.

“Our customer service team is in the process of contacting these customers to inform them they will be travelling on Thomson Airways 767 aircraft to Cancun and Florida, which have premium cabins. The supplement paid for the Dreamliner outbound flight will be refunded.

“We understand this news will be disappointing, but we are pleased customers will be able to experience flying on the 787 Dreamliner on their return journey.”

Thomson advises passengers who have booked through a travel agent to visit the store where they booked to discuss their options.

Thomson has sold seats on the 787 only as part of holidays.