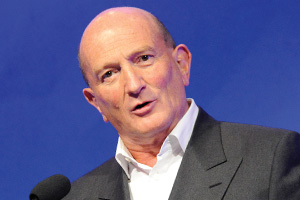 Spend some of those millions in your reserves on members before you have no members on whom to spend them, former Abta president Steven Freudmann warns the association

At the Abta Convention in 1997 the broadcaster John Humphrys asked me what the point of Abta was. My answer was robust  and somewhat lengthy.

For independent retailers like me, Abta was a “licence to trade” and the association played a vital role in the protection of my customers’ money. Abta was a super-brand. It was the voice and face of the travel industry. Sadly, that is no longer the case.

More than 2,750 delegates attended the 1997 convention in Tenerife and most were independent retailers. Today, Abta has fewer than 900 members and attracts fewer than 600 delegates to its annual conference.

As a director of Abta for more than 20 years and president for three years, it causes me great sadness to see such decline.

Clearly, the world has changed dramatically since 1997, not least with the arrival of the worldwide web. However, the web on its own does not account for the huge decline in the number of independent travel agencies and the associated fall in Abta’s membership.

Some years ago, Abta stopped refunding monies directly to the public when an agency went bust and its relevance and credibility were diminished at a stroke.

Other decisions that Abta made were also bad news for the independent agent. The Abta-backed Flight-Plus was certainly not good news. Abta could and should have done far more to protect the interests of its most vulnerable members.

An ‘umbrella’ bond for its small agencies could have been an option. From what I hear, the agenda for the Package Travel Regulations is also being driven  by Abta’s largest members.

With more than £25 million in its coffers, most of which came from the Travel Agent Bond Replacement Scheme, paid for by independent agents, Abta could and should have done far more to support, protect and even promote the independent sector.

For years it was my proud boast that travel agents were the last bastion of independence on the UK high street – not for much longer, unless there is a complete change of strategy at Abta.

I welcome the appointment of Doreen McKenzie to the Abta board, and Noel Josephides and Roger Allard are experienced and talented individuals. Either would make an excellent chairman.

My plea to the Abta board and its new chairman is do not stand idly by as your membership withers on the vine.

Spend some of those millions in your reserves on your members before you have no members on whom to spend them.