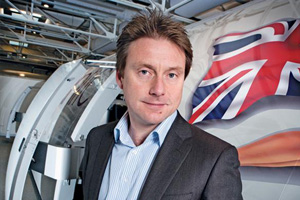 Virgin Atlantic marketing director Simon Lloyd has left the airline after less than a year in the role.

He will be replaced by global sales director Maria Sebastian, who will add marketing to her existing role.

The airline split the sales and marketing functions when Lloyd joined from the BBC last July.

An airline spokeswoman said: “Due to an internal restructure, we can confirm that Simon Lloyd has left Virgin Atlantic.

“Maria Sebastian will take on the expanded role of director of sales and marketing and will build on the great work carried out by Simon in launching the ‘Flying in the Face of Ordinary’ campaign.”