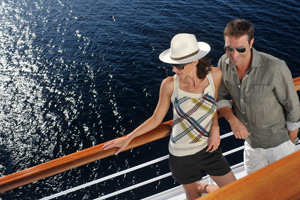 A competition lawyer has warned that attempts by cruise lines to end agent discounting could justify a complaint to the Office of Fair Trading (OFT).

Neil Baylis, partner at law firm K&L Gates, told an Abta law seminar in London: “People are watching this closely. There are grounds for someone to make a complaint.”

He added: “It is clearly not a million miles away from what has been happening in the hotel industry.”

The OFT is investigating alleged infringement of competition law in the supply of hotel rooms by Expedia, Booking.com and InterContinental Hotels Group.

However, Baylis said: “It’s brave to bring a complaint. You risk your commercial relationships. Often it’s a step no one wants to take.”

He warned that agents who boycott suppliers also risk breaching the law, saying: “You just can’t do that. If agents get together and decide not to sell a company’s products they would infringe competition law.”

Cruise lines have admitted monitoring agency discounts as part of a shake-up of commissions designed to eradicate trade discounting.

Abta solicitor Amisha Patel told the seminar: “You should not assume conduct is lawful just because it is common or the ‘industry standard’.

“It’s unlawful for a supplier to withhold or threaten to withhold agency services from an agent who offers inducements [discounts].”

She said a supplier should ensure its practices “do not give preference to agents not offering discounts”.