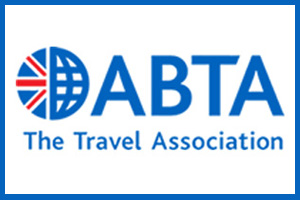 Noel Josephides has declared his pride in Abta and said he has no plans to act as ‘a new broom’ after winning the election for association chairman.

Josephides, the chairman of Sunvil, was declared winner of the ballot for next Abta chairman, beating All Leisure chairman Roger Allard by 52% to 48% on a 41% turnout.

His candidature drew criticism from some quarters – notably the online travel sector. But today Josephides said: “All the fears about me being divisive and in some way irresponsible are groundless.

“The fears that I would push things in a particular way – that I’m a jihadist for traditional tour operating – are unfounded.”

He added: “As chairman you may guide the board, but the final decisions are not the chairman’s, they come from the board.”

He pledged to work to connect Abta better to its grass-roots members, saying: “I’m conscious a lot of the grass roots worry that Abta has become very corporate.

“That is what you need to rank as an association in Europe and with the government. But I hope to be as straightforward as I can about the way things are done and why. I’m not a corporate man.”

Josephides said: “I will try to attend as many regional meetings between the secretariat and members as I can.

“I’m passionate about this. I’ll listen and do my best to make a link between the grass roots and Abta. I hope people will realise I have the industry’s best interests at heart.

He insisted: “I am not a new broom and I would consider a new broom extremely dangerous. I’m not going in to say I want to change this or that.”

On the contrary, Josephides said: “Abta has made enormous strides and is extremely efficient.

“It is slowly going through a lot of the issues that members find unreasonable – for example, how Abta views a change of ownership and what it costs to change a name and address.

“Abta is streamlining everything it does – it will be simpler and more straightforward to apply to join, for example.

“This is all going on at the moment and the changes will be rolled out one after another. They are not down to me. They are already in train.

Referring to Abta chief executive Mark Tanzer, he said: “I’m very proud of what Mark and his team are doing.

“Abta is moving in the right direction. It is a very slim and efficient organisation given the responsibilities it has.”

The new chairman will preside over his first board meeting on July 24, but expects to visit the Abta head office in London before that.