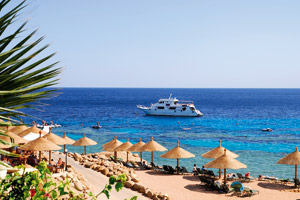 Bookings to popular Red Sea resorts this summer are unlikely to be hit despite civil unrest in Egypt, travel technology specialist Multicom has predicted.

Destinations in the region, including including those in the entire region of Sharm el Sheikh, Taba, Nuweiba and Dahab, are excluded from Foreign & Commonwealth Office advice against all but essential travel to the country.

This comes as at least seven people were reported to have been killed after the army raided a sit-in staged by supporters of ousted President Mohammed Morsi in Cairo early this morning.

Multicom reported that sales to Sharm El Sheikh accounted for almost one out of every five bookings during the post-Christmas peak booking period, with the resort outselling its closet rival by almost two to one with 17% of sales via its FindandBook system.

The trend continued with Sharm el Sheikh the second most popular destination over the last six weeks with a 12% share of FindandBook packages.

Despite the military takeover and the appointment of an interim leader, holidaymakers are unlikely to be deterred from heading to the Red Sea resorts, says Multicom.

Managing director John Howell said: “It is testimony to the resilience of British holidaymakers that they are not often deterred by political unrest in countries where the tourist centres remain largely unaffected by the internal turmoil.

“Egypt’s Red Sea resorts remain popular with British holidaymakers who recognise the risks are minimal and are prepared to accept the security measures in place to safeguard them.

“We are confident this week’s events will not lead to a noticeable downturn in sales to these resorts but we will continue to monitor bookings in the coming days to see how that develops.”