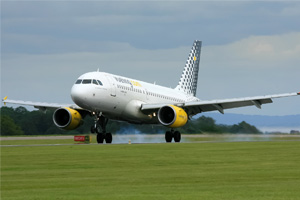 Newly acquired Spanish budget carrier Vueling is to be used by International Airlines Group as a vehicle to challenge low-cost rivals in Europe.

On the back of improved operating profits, Willie Walsh, chief executive of the British Airways and Iberia parent, outlined plans to expand Vueling.

The Barcelona-based carrier, which runs a fleet of 70 aircraft to 111 destinations, is to expand by a quarter this year by adding new routes and services.

Speaking after taking full ownership of the carrier in a £105 million takeover on Friday, Walsh told The Times: “We’re not going to try to fool anybody – Ryanair has the lowest cost base in the industry, possibly globally.

“But easyJet’s cost base is not as good as Vueling. And Vueling has a far superior product to either easyJet or Ryanair.” He added: “We’re putting a lot of capacity into Germany and Scandinavia and a little into the UK and Portugal.”

IAG plans to initially link each European city with Vueling’s Barcelona hub before adding services to other Spanish cities. Connections to destinations in other countries will follow such as recent routes from Heathrow to Florence and Paris to Casablanca.

The strategy for Vueling came as Walsh said IAG had “definitely turned the corner” in the restructuring of Iberia, with losses cut from €93 million to €35 million in the three months to June.