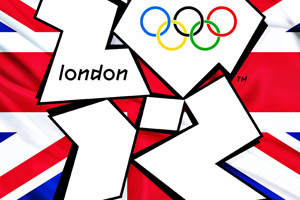 Airport capacity requirements for hosting the Olympic Games are routinely exaggerated, according to the head of the world airports association.

Airports Council International (ACI World) director general Angela Gittens: “The issue of airport capacity for the Olympics is the same every time.

Gittens was speaking at the World Travel and Tourism Council (WTTC) Asia Summit in Seoul and responding to a question about capacity for last year’s London Olympics.

Tokyo was announced as the host of the 2020 Olympic Games to Tokyo last Saturday, just ahead of the summit.

She told the summit: “You know there will be delays on the peak day of the year. You plan for a peak month.”

“Of course, you want to look nice to the rest of the world [during an Olympics]. But you really don’t have to do that much about airport capacity [as a host].”

United Airlines vice-president for Atlantic and Pacific sales James Mueller said: “I would hope the Olympics is really an excuse to let you do what you want to do anyway [about capacity].”

Gittens agreed: “The Olympics allows an opportunity to bust through [bureaucracy] issues. However, that is not about infrastructure or capacity.”

Recalling the 2012 Olympics in London, Visit Britain chairman Christopher Rodrigues said: “For eight weeks, the UK was heavenly. You could get into and through Heathrow.”

Yet immediately prior to the Games, queues at Heathrow immigration had triggered a political furore, leading the government to bring in border staff from around the country and cancel leave.

Rodrigues added: “The gain we missed [from hosting the Games] in the UK was that we didn’t address taxation on travel and tourism.”