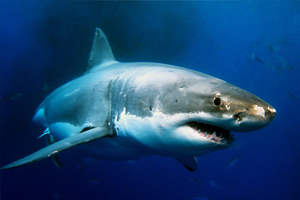 Swimmers and surfers in Hawaii have been put on alert about shark attacks after a 1,400-tonne treacle spill.

A leak was discovered in a pipeline used to load the syrup on to ships, creating a sugary brown slick in Honolulu’s harbour and nearby lagoon.

Health officials say they have already removed hundreds of dead fish from the water and expect thousands more.

Signs on nearby beaches warned bathers to stay out of the water, the BBC reported.

The high concentration of treacle, known in the US as molasses, would make it difficult for the fish to breathe, state health department spokeswoman Janice Okubo told the Associated Press.

“While molasses is not harmful to the public directly, the substance is polluting the water, causing fish to die and could lead to an increase in predator species such as sharks, barracuda and eels,” the state health department said.

Heath officials expect the spill to be visible for weeks until tides and currents flush it out of the area.