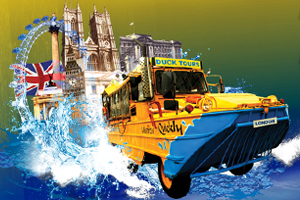 The London Fire Brigade has launched an investigation into the cause of a blaze on an amphibious tourist vessel on the River Thames.

As many as 30 people had to be pulled from the water after the Duck Tours craft caught fire.

All the passengers and crew were rescued by the emergency services and a passing tourist boat.

Those rescued were mainly “wet and cold”, said London Ambulance. Some people had suffered the effects of inhaling smoke and three were taken to hospital “as a precaution,” an ambulance service spokeswoman said.

Those on board are believed to have included visitors from the UK, Brazil, Russia, Australia and Sweden, the BBC reported.

London Fire Brigade group manager Neil Withers said: “People are clearly cold, wet and in shock but they were pulled from the water really quickly and that’s testament to the work of our firefighters, other emergency rescue teams and others who rushed to the scene to help.”

Labour MP Jim Fitzpatrick called for London Duck Tours to have its permit to trade “revoked”.

He told ITV: “There is a history of incidents with these vehicles. The licensing authority should revoke their permit to trade until a full examination of vehicle safety and staff training is undertaken.”

John Bigos, managing director of London Duck Tours, said he had no comment to make at present, according to the BBC.