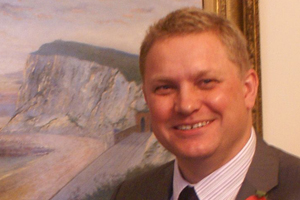 Tim Waggott has been appointed chief executive of the Port of Dover, the Dover Harbour Board has announced.

Waggott joined the port back in 2007 as director of finance and commercial and has more recently been working as acting chief executive.

Chairman George Jenkins OBE, said: “When asking Tim Waggott to step into the role of acting chief executive I was quoted as saying that he possessed ‘the right experience, qualifications, drive and ability to take this organisation forward together with its customers and community’.

“It is clear to the board than Tim has now demonstrated his ability to undertake the role on a permanent basis. He has quickly established improving relationships with the customers and the community as well as implementing organisational changes. I am therefore pleased to confirm and congratulate Tim on his appointment as chief executive.”