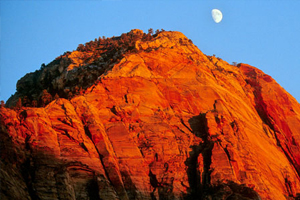 A deal has been reached in Utah to allow five national parks to reopen despite the government shutdown.

Utah governor Gary R. Herbert announced that a deal has been agreed with the US Department of Interior to reopen the state’s five national parks, the Cedar Breaks and Natural Bridges monuments and the Glen Canyon National Recreation Area.

The governor signed an agreement with interior secretary Sally Jewell whereby Utah agreed to pay the National Park Service up to $1.67 million to reopen eight national sites in Utah for up to 10 days. If the federal government shutdown ends before then, the State will receive a refund of the unused money.

Governor Herbert said: “I commend Secretary Jewell for being open to Utah’s solution, and the world knows Utah is open and visitors are welcome.”

The national parks specified in the deal are Zion, Capitol Reef, Arches, Canyonlands and Bryce Canyon.

Staff will be asked to return to work as the State of Utah wires the money through. The sites are expected to be fully operational by tomorrow.

If the government shutdown continues beyond 10 days, Utah can make additional payments to keep the national parks and monuments open.

October is a peak month for tourism in many parts of Utah with yields of about $100 million in tourism-related revenue in the state.