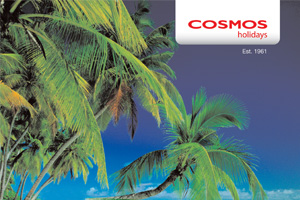 Cosmos has revised its pricing and commission structure for 2014, admitting some agents will be on reduced levels.

However, he insisted agents should earn more overall as the operator’s focus on quality and price reductions would bring higher volumes.

Parent Monarch this week announced it was introducing a new London Olympics-style training programme aimed at embedding the customer service ethos of the Comsos tour operation across the entire group.

This week’s Abta Travel Convention in Croatia also heard how the package holiday has seen a revival this year as customers seek financial security and quality above DIY alternatives.

Anslow said if Cosmos was to compete it had to be priced competitively and the group was prepared to take a hit on margin to achieve this.

Cosmos has traditionally paid agents market-leading commission rates, but revised terms have been negotiated to support the new approach.

Anslow said the new commission level did not amount to an across-the-board reduction, but he conceded some agents would be on a lower rate.

“Our ambition in all our commercial deals is to add value to the consumer,” he said. “We want that customer to come back though trade partners and book our holidays.

“We have a good reputation for supporting agents, with 30 years of serving the trade.”

Anslow said the trade could look forward to better prices next year.

“We are changing our commission structure and we are investing in better pricing so the trade will see even better-priced Cosmos holidays next year,” he said.“We are putting our hands in our pockets to bring better value to the consumer.

“My view is that lower prices will bring more customers in.”

He added: “The trend over the last four years has been towards agents dynamically packaging so they can control their margin.

“The only way package holidays can compete with that is by having the right price.”

Agency groups Travel Weekly spoke to this week said the new commercial terms were acceptable but they also wanted to see better price parity so they were not competing with lower prices on Cosmos’ own website.