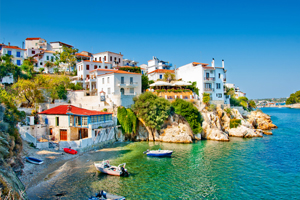 New tourism body Marketing Greece has revealed plans for a website promoting hidden gems within the Greek islands to launch in January.

Having recruited 12 employees, bringing it close to full staffing levels, the tourism body is working on new website discovergreece.com to showcase the ‘unique selling points’ of various destinations within mainland Greece and its islands.

These include promoting Athens as an ‘urban resort’, combining the benefits of being a capital city with its coastal product, and targeting ‘active seniors’ for travel to Crete.

“We are promoting specific products because the government cannot recommend going to a certain place or eating in a specific restaurant, but we feel with much less money [than government], we can have a much greater result.

“We are working on many different fronts. Discovergreece.com will be launched in January to showcase Greece as very few people know it. We would like to come back and recover the market share we lost in the UK. It used to be almost 3 million visitors but now it’s a little bit under 2 million this year.”

The organisation is also working with private sector organisations such as museums and tourist attractions to extend their opening beyond the traditional March to October tourist season, to capitalise on increasing numbers of shoulder season visitors and cruise passengers visiting the islands through December and early January.

Marketing Greece has reported a 10% rise in the number of early bookings for 2014 compared with the previous year, thanks to a combination of increased value-for-money outside the peak season and tourists switching from trouble-hit destinations such as Egypt.