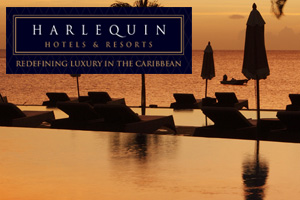 Caribbean hotels and resorts company Harlequin has settled a defamation case with an accountancy firm and two former staff members out of court on undisclosed terms.

This follows Newman setting up and running a website alleging the Harlequin business was a fraudulent scheme while working as a tax manager at Wilkins Kennedy.

A joint-statement issued by the parties, reported by Accountancy Age, said the terms of the settlement were confidential, but “the offending website has been closed down and will not be reopened”.

The statement continued: “Wilkins Kennedy and MacDonald deny any involvement in authorising, approving or setting up the website or its content. Neither MacDonald nor Wilkins Kennedy have asserted in these proceedings that the allegations were true.”

Newman has admitted that he set up and operated the website and “regrets his actions in doing so.”

The statement added Newman “did not intend to suggest, and has not asserted in these proceedings, that the business operated by Harlequin was in fact a fraudulent scheme”.

Newman apologised for any offence and upset caused to the Ames family, who own Harlequin