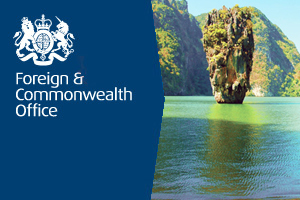 Anti-government demonstrations in Thailand have spread from the capital Bangkok to the tourist resort of Phuket and other regions.

This came as the country’s prime minister Yingluck Shinawatra survived a no-confidence vote in parliament amid major street protests in the capital.

Hundreds of protesters surrounded Thailand’s top crime-fighting agency yesterday, forcing its evacuation. There have also been protests at a number of government buildings in central Bangkok.

The Foreign and Commonwealth Office updated its travel advisory to say that protests had spread to provinces outside Bangkok.

“There have also been demonstrations at provincial halls in many provinces outside Bangkok, including Phuket,” the FCO said.

The government invoked special powers allowing curfews and road closures on Monday, 24 hours after the first demonstrations in Bangkok.

The FCO continues to advise British travellers to avoid all protests, political gatherings and demonstrations.