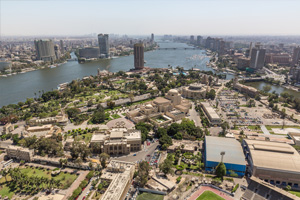 British travellers to Cairo have been urged to stay in their hotels as deadly violence broke out on the third anniversary of the 2011 revolution in Egypt.

At least 49 people are reported to have been killed in clashes as rival demonstrations of supporters and opponents of the military-backed government took place in the Egyptian capital and other parts of the country over the weekend.

As many as 18 people died in violence on Friday as bombs exploded in parts of the city ahead of Saturday’s anniversary of the uprising.

The Foreign and Commonwealth Office updated its travel advise to the country yesterday (Sunday).

“You are strongly advised to stay inside during this period in Cairo,” the FCO said.

“Across the country you are also advised to take particular care in the vicinity of government buildings and security facilities, and to avoid all demonstrations and large gatherings.”

The FCO added that protests and disruption to travel around the country are likely in the days before and after January 25.

The warning came ahead of news that presidential elections have been moved forward to come ahead of parliamentary polls.