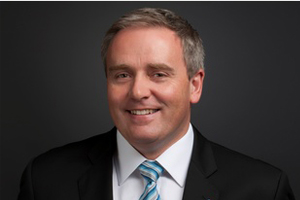 Gold Medal’s new owner says the company sees an opportunity to grow the long-haul specialist both in the UK and overseas and to rekindle close relations with independent UK agents.

The £45 million deal for the long-haul tour operator and consolidator announced today sees Gold Medal retain a close a strategic relationship with Thomas Cook, which bought it in 2009.

But with Gold Medal returning to independent ownership and with the considerable financial backing of Emirates Group, Dnata says it expects to see growth as more Brits holiday long-haul.

Iain Andrew, divisional senior vice president of Dnata’s travel business, said: “We had a look when the business was sold to Thomas Cook a few years ago so we have had our eyes on Gold Medal for some time, admired it from afar.

“For me the opportunity is to get in on what I think is going to be increasing growth in long-haul from the UK with a company that has great people, great knowledge and great customer service.”

Andrew said UK travellers were becoming more and more adventurous on their choice of destinations and long-haul prices were now competitive with mid-haul alternatives.

He added: “With our investment whether that be capital or knowhow in other areas this really positions us well in the UK first of all and maybe overseas.

“We are quite keen to take the model outside of the UK if that fits with our strategy.”

For many in the industry that acquisition will have been the first time they came across Dnata which, among its many activities, runs high street travel agencies in Asia and the Middle East.

Travel Republic and Gold Medal had already agreed a deal which has seen the Kingston-Upon-Thames agent grow its long-haul offering.

Gold Medal’s 470 staff in Preston were told about the acquisition this morning and Andrew said the news was greeted with a great deal of excitement.

“There was a real sense of enthusiasm and we now have to deliver and show we are here to invest in and grow the business.”

The exclusive agreement to supply long-haul scheduled flying to the travel giant will see Gold Medal supply its Cresta and Signature brands as well as its dynamic packaging and .com requirements.

“We are keen to further the growth of Gold Medal in maybe a different way than Thomas Cook has been doing historically as well as supporting Cooks as one of our most important customers.

Andrew added he would now sit down with Gold Medal managing director Steve Barrass and the management team to share its business plan and to discuss ideas for growing the business.

“Steve and his team have a lot of ideas we have not considered. The [Dnata] group is capable of investing in the right opportunities. We will back them,” said Andrew.