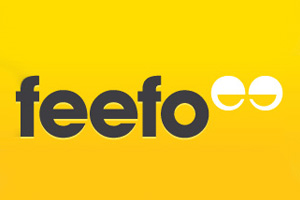 Authenticated online review service Feefo has announced industry charity Just a Drop as its chosen charity for this year and a naked cycle ride to kick off its fundraising activity.

Two bosses, managing director Andrew Mabbutt and sales director Matt Eames, have agreed to strip for a tandem cycle challenge starting at Feefo’s base in Petersfield and ending in Portsmouth.

The ride, which will take place on a specially adapted tandem painted in bright Feefo yellow and dubbed the ‘Feefomobile’, will start on May 1.

The pair will be raising funds for the charity prior to, during and after the ride. According to Google the 19-mile ride should take 1 hour 42 minutes.

Mabbutt said: “Feefo is proud to be raising money for such a worthy cause. We tackled a lot of ideas at Feefo HQ, but this struck a chord like nothing else.”

“I required more convincing than Matt. I’d actually say that he was a little bit too excited at the prospect of nudity. Personally, I can’t bare it. Before I could back-pedal, I was chained into committing myself.”

“Needless to say, we will both be enthusiastic and determined when the day arrives. The cause is what matters here, and any way in which we can raise awareness for Just a Drop and also raise funds is something that we have an obligation to follow through with.”

Eames added: “Negotiations surrounding which of us will be the front and back are ongoing, but we have determined with some certainty now that there will be matching helmets.

“The tandem took some customising, as we both initially had fears of the damage that spokes could cause were anything to get caught.”

Just a Drop is an international charity that raises funds in order to deliver clean, safe, water to poor and remote parts of the world.

The construction of wells, boreholes, pipelines, hand pumps and latrines can literally save lives.

Anyone who would like to contribute to the cause has been asked to contact Feefo on 08456 800 320 or via email at hello@feefo.com