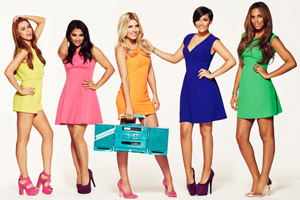 UK girl group The Saturdays has joined forces with First Choice to find the nation’s favourite summer songs from the last decade to create a holiday soundtrack to mark the tenth anniversary of the all-inclusive operator’s Holiday Villages.

The country’s favourite summer anthems will form a ‘poolside playlist’ to be played at First Choice Holiday Villages in Europe and north Africa throughout the summer, and the top 40 tracks will be free to listen to online on music streaming service Spotify.

The girl band is calling on the public to nominate their favourite summer tracks from the last ten years through First Choice’s website, and the girl band members will also be adding their own favourites to the playlist, including Lola’s Theme by Shape Shifters and American Boy by Estelle featuring Kanye West.

Luke Gaskins, head of music in First Choice resorts, said: “Music is an integral part of the summer holiday experience. That’s why we’ve teamed up with The Saturdays to create the ultimate summer soundtrack to holiday to this summer.”

In addition the group – Mollie, Vanessa, Una, Rochelle and Frankie – will record their favourite holiday track, which will be released alongside the first single from their forthcoming Greatest Hits album. They will also be filming their new music video this summer on location at First Choice’s Holiday Village in Rhodes.

Frankie Sandford, from the pop group, said: “We’ll hopefully be helping to create some brilliant memories that will make this summer holiday one to remember.”

To add your favourite summer track from the past decade visit firstchoice.co.uk/blog/poolside-playlist