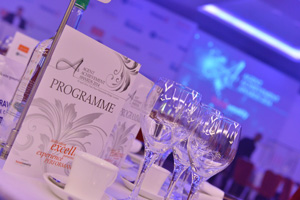 The best travel agents in the UK were honoured at the Travel Weekly Agent Achievement Awards in London on Wednesday night.

Sharon Munro, Barrhead chief executive, was overwhelmed by the success and said it was testament to her team and adapting to modern customer demands.

“I’m absolutely thrilled,” she said. “I’m so proud for everyone. We have such an amazing team and if it wasn’t for them I would not be here today. I can’t wait to get back to the office tomorrow to celebrate with them.

“As an agent we are involved in so many different parts of the travel industry, we are not just on the high street. We have to stay relevant to our customers and be where they need us to be.

“This is recognition for what we do and it means the world to us. There are so many fantastic agencies out there and to see us up there with them winning awards is fantastic.”

Bruno said: “I’m speechless. This award is a great achievement. It’s all down to the brilliant team I work with, and also support from  those I work for. The Coop is a great organisation.”

David Speakman, Travel Counsellors chairman, said: “We are very proud to have won. This is validation of us as a business.

“In the last three weeks we have shown the stability in the business, we have shown we are regarded as one of the best travel agencies in the country with our second Queen’s Award and now the AAAs, which is validation from the travel industry fratenity.”

McLeod said: “It’s fantastic, a wonderful recognition of some of the things I’ve done in the industry – I still have plenty more to achieve though! The AAAs are a great night for agents and the industry.

“It recognises people rather than just companies and this is a people industry.”

The awards were held for the first time at the Park Plaza Westminster Bridge hotel, and included panel-judged awards and regional and national categories voted for by suppliers including tour operators, airlines, cruise companies and tourist boards.

Photos of all the winners on the night