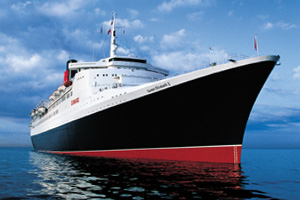 The crew of the former Cunard flagship QE2 in Dubai is on strike ahead of plans to sail it to China to be refitted as a floating hotel.

Ukrainian workers on the ship say they were not paid in March or April.

Owners Oceanic Group said an agency had been paid and blamed the political situation in Ukraine for difficulties in dealing with crew issues.

The company said it was still planning on eventually locating the vessel in Hong Kong or Singapore where it is due to become a ‘heritage hotel’ with 400 bedrooms and suites.

The BBC said it had obtained a letter from the Ukrainian captain to the ship’s owners stating the 48-strong crew has been on strike since May 15.

Winnie Ip, vice chairman of owners QE2 Holdings Ltd, said: “We are waiting for new crew to replace the existing ones on a sign-on/sign-off rotation basis, but, given the present political situation in Ukraine, it is difficult and a little slow.”

She said the consortium was still committed to sailing the QE2 to a Shanghai shipyard under its own steam for the refit.

Its 900 cabins are to be converted into 400 larger suites as part of the planned £62 million refurbishment.