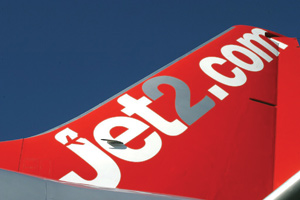 The government has expressed surprise at last week’s Court of Appeal decision awarding a passenger compensation for a flight delay caused by a technical problem.

The Court ruled out airline Jet2.com’s appeal against a compensation claim in the high-profile case of Huzar v Jet2.

Aviation minister Robert Goodwill said today: “I was a little surprised at the Court ruling.” He told the Abta Travel Matters conference in London: “There will probably be an appeal.”

The Court accepted Jet2’s argument that the fault which caused the delay was “unforeseen and unforeseeable” but ruled it was still within the normal operation of the carrier.

Goodwill told the Abta conference: “If you are a person who has suffered a delay, it is good news. But if you are a passenger who has not been delayed you are going to be paying more – it is not good news.”

The European Commission is looking to revise its regulation EC 261/2004 on air passenger rights under which the claim was brought.

Goodwill said: “The big debate in Europe is whether compensation should kick in at [a delay of] three hours or five hours [for short-haul flights]. We favour five hours and will be making our views known.”

Such a change would not affect a claim like that in Huzar v Jet2. However, the Commission is also looking at allowing a technical issue to delay a flight without compensation when safety is involved.

The minister said the government would also be challenging EC proposals on reform of the Package Travel Directive (PTD).

He said: “There are elements of the proposals we have difficulty with. There is insufficient clarity on the scope [of the directive].

“It’s crucial to establish limits to consumer protection, and a new approach based on where a business is based might undermine protection.”

Referring to the Davies Commission on airport capacity in the southeast, Goodwill said: “I won’t comment on any long term options until the Commission completes its work. But as the economy recovers, demand will rise and we have to be able to meet that demand.”

He insisted: “We do need capacity. It’s where we put it that is the point. We do have noise problems, particularly around Heathrow.” However, Goodwill said: “Politicians of all parties are going to have to grasp the nettle.”

Acknowledging concern about delays to passport applications at the Passport Office, Goodwill said: “The Home Secretary has announced measures to get on top of the backlog.”

Abta’s annual conference on industry-government relations and public affairs is now in its fifth year.