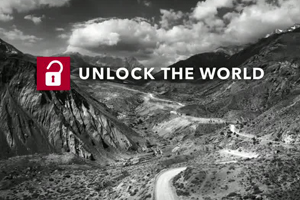 The 60-second ‘Unlock the world’ advert has been devised to rebrand Avis as a “contemporary brand for a contemporary audience”, according to the company.

It says it will appeal to people who love cars and love driving and will “put some of the excitement, romance and adventure back into car rental”.


ABG marketing director Simon Jackson said: “We want to remind our customers that we aren’t just in the business of hiring cars; we give our customers the freedom to unlock unforgettable experiences.

“Whether it’s winding along the coast of the Italian Riviera in a Porsche 911 or an intrepid trip to the wild, dusty roads of the Australian outback, with 5,450 rental stations in over 165 countries worldwide Avis really can unlock the world for its customers.

“The new ‘Unlock the world’ campaign will inspire anyone with a love of travel and great cars to reappraise what car rental is all about.”

“Our customers expect exceptional service, so the inclusion of ‘We try harder’ felt like a natural fit. It’s as relevant to our customers today as it was 50 years ago,” said Jackson.

The ad was shot over three days in Chile, a location that offered the terrain the director sought to showcase the variety of experiences that hiring a car from Avis allows.

It is backed up by a press campaign, also shot in black and white, by award-winning photographer Samuel Hicks.

‘Unlock the world’ will air on screens in France and Germany later in the year.