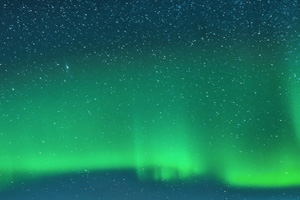 Hurtigruten is introducing a northern lights promise and will give passengers a free cruise if they don’t see the natural wonder during their sailing.

The promise comes as the line looks to promote itself as the best way to see the northern lights.

Initially offered only in the UK, the pledge will be introduced in more markets if deemed a success.

The promise is applicable to anyone who books Hurtigruten’s 11-night Classic Round Voyage before November 30 for sailings between October 1 and March 31, 2015. The captain of the ship makes an announcement on board if the northern lights appear.

However, during a 12-night sailing, Hurtigruten’s ships spend seven nights in the area where guests have the optimum chance of seeing the lights.

Philip Price, interim managing director, said: “This isn’t a gimmick; we’re so confident in what we do that we’re offering this promise.

“We spoke to agents prior to the announcement and we’ve had good feedback. If agents didn’t like it then we wouldn’t have done it, it’s as simple as that.

Magnus Wrahme, chief commercial officer, said the line had enjoyed many years of growth in the UK, but that this year was in line with last year.

“We believe the bookings we could get from this promise will help us achieve extra growth for the year.”