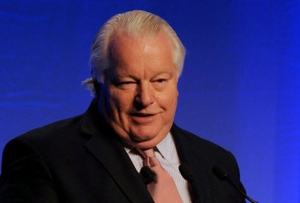 The Obama administration’s measures to screen for Ebola among travellers from Africa has been described as “thoughtful and measured” by the US Travel Association.

“I personally thanked administration officials for resisting calls for an outright travel ban, which experts have uniformly called a harmful and counterproductive idea,” he said. “The Obama Administration’s Ebola response has thus far been thoughtful and measured.”

“Relevant agencies across the federal government deserve praise for the responsible, deliberative approach they have brought to this high-profile problem,” added Dow.

“As always, the travel community stands ready to partner with authorities in whatever ways are helpful and appropriate to keep the traveling public safe and informed.

“Without safety and security, there can be no travel, and that would be an unacceptable outcome for the American way of life.”

The US Travel Association statement came in the wake of the death of the first person to be diagnosed with Ebola within the US.

Thomas Eric Duncan, who caught the virus in his native Liberia, was being treated in isolation in a Dallas hospital.

The news came as US secretary of state John Kerry urged all nations to boost their response to combat the virus.

“More countries can and must step up,” he said in a joint press conference with his UK counterpart Philip Hammond.

Ebola spreads through contact with the bodily fluids of someone who has the virus and the only way to stop an outbreak is to isolate those who are infected.

There are no plans to introduce Ebola screening for those arriving in the UK, according to Public Health England.