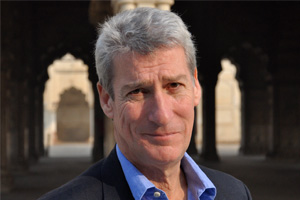 Ex-Newsnight presenter Jeremy Paxman is to speak at next year’s Advantage conference in Turkey.

The award-winning journalist, known for his aggressive interviewing technique, will appear at the event in Bodrum on May 14-18 in the immediate wake of the general election.

Advantage Travel Partnership business development director, Colin O’Neill, said: “I think Jeremy is one of those people delegates would love to hear.

“He will be joining us just a week or so after the general election, so will have some particularly astute insights to share about the future political landscape.”

Paxman began his career covering the Northern Ireland troubles in the 1970s, then joined Tonight and Panorama as an investigative reporter. After a spell as a foreign correspondent filing reports from the Middle East, Africa and Latin America, he moved to the Six O’Clock News and Breakfast Time.

He became synonymous with Newsnight during his 25-year tenure on the show.