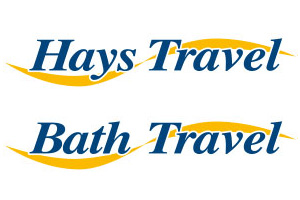 Hays Travel is to change the logo of the Bath Travel stores to mimic that of the new owner.

The old Bath logo was a block red font on a white background, but this will now be replaced with a blue and orange logo to replicate that of Hays.

Hays Travel bought out Bath Travel in October of last year, acquiring all 60 stores, and is currently revamping 20 of those stores with an updated look.

The new shops will feature the Hays colours instead of the traditional Bath red, and the interiors will be equipped with a new layout and less formal desks in a bid to attract a younger clientele.

Managing director John Hays told Travel Weekly that the move was “risky” as the Bath logo was so well known. However, he added that a message was recorded and played to staff at all stores this morning (Thursday) and the move seemed to be well received by all.