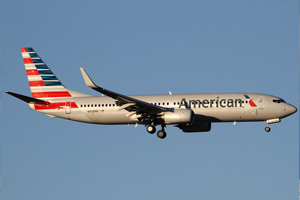 American Airlines was forced to ground dozens of flights due to a faulty app.

The carrier said that it was investigating the cause of the problem.

“Some American Airlines flights experienced an issue with a software application on pilot iPads yesterday evening,” a spokesman told the BBC.

“In some cases, the flight had to return to the gate to access a Wi-Fi connection to fix the issue.

“We apologise for the inconvenience to our customers and we had them on the way to their destinations soon afterwards.”

The airline’s cockpits went paperless in 2013 to save its staff having to carry heavy paperwork on board.

American estimated the move would save it more than $1.2 million in fuel a year.