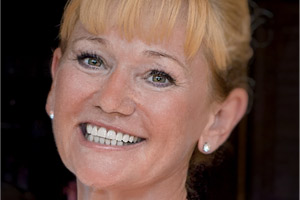 Former managing director of Virgin Holidays, Amanda Wills, has been awarded a CBE by Prince William at Buckingham Palace.

Wills, who has worked in the travel industry for 23 years, was awarded the honour by the Duke of Cambridge on May 21 for her contribution to the sector and for her charity work in helping the disadvantaged in the UK and abroad.

Originally from Liverpool, Wills began her career in travel at Airtours Plc in 1987, subsequently becoming the first female board director of a global travel company with the business.

She was inducted in the British Travel Industry Hall of Fame in 2011 for Outstanding Contribution to Sustainable Travel.

Having left her role at Virgin Holidays in May 2014, Wills is now a non-executive director at Urbanologie, an invitation only, curated lifestyle and travel guide, and also supports young entrepreneurs at start-ups throughout the UK.

Wills said: “The initial announcement that I had been awarded the CBE in the Queen’s New Year’s Honours List came as a very unexpected and pleasant surprise.

“I take great joy and pride in both my professional and charity work and to be recognised like this is up there as one of my greatest achievements to date.

“However, it is a clear reflection of the various businesses and charities where I have worked at various levels that have also supported me throughout the past 23-years.”