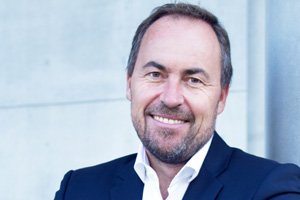 Christian Boell (pictured) has been appointed in the role and will be based in Germany, reporting into Francis Riley, senior vice president international sales and operations.

However, Boell will lead the teams in the company’s new Southampton based offices as well as in the existing European offices in Germany and Malta. He takes up the role tomorrow.

Riley said: “We are thrilled to announce the appointment of Christian Boell, a well-respected and talented marketer with a wealth of experience and a true cruise enthusiast.

“We welcome him to Norwegian, where his extensive industry know-how will play a vital role in better positioning the Norwegian Cruise Line brand and our innovative Freestyle Cruising concept in our European key markets.”

Boell has previously worked for Steigenberger and Schörghuber hotel group and played a major role in the launch and expansion of German cruise lines Aida and Arosa.

In his last role, he was in charge of marketing and sales as managing director of German river cruise brand Nicko cruises.