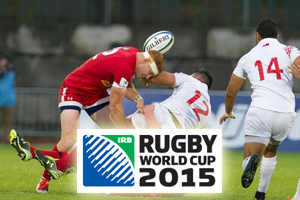 UK hoteliers’ expectations of a Rugby World Cup booking bonanza appear to have evaporated in a situation reminiscent of the 2012 Olympic Games in London.

The rugby tournament organisers and international sports travel specialists have released rooms back on to the market less than two months before the first game kicks off at Twickenham on September 18.

The disclosure came from B2B travel wholesaler JacTravel, which is responsible for booking around a million bed nights a year in London.

The company is also involved in travel arrangements for spectators coming to the UK from abroad to watch the Rugby World Cup.  It will be looking after more than 5,000 fans travelling mostly from Australia and France. The tournament runs until the final on October 31.

JacTravel vice president of groups, Iain Limond, said: “This is a common syndrome we see with nearly all big one-off events.

“The organisers and others looking to provide travel to the event, who are keen to ensure that there will be enough accommodation for people who matter to them, often make bookings at a wide range of hotels.

“As it does not cost them anything to hold rooms, they do so right up to the last minute when the hotel’s contractual terms impose a cancellation penalty. It’s just what happened with the Olympic Games.”

He added: “Quite understandably, hotels are lured into a mistaken belief that there will be strong demand and as a consequence, they hold out for higher room rates and more onerous booking conditions.

“The problem is that all the travel and event organisers typically book more rooms than they need and when they cancel at relatively short notice, the hotels discover that their regular customers have made alternative arrangements with the result that they have to resort to discounting to fill their space.”

Limond revealed: “Some of the hotels in the most convenient locations for the Rugby World Cup now have availability because they got taken in by the enthusiasm surrounding the event and all of a sudden their inflated expectations have just been kicked into touch.

“In the group market, hotels that would normally expect to achieve rack rate in mid-September are now having to discount in order to fill space that had been ‘blacked out’ to the travel trade on specific dates.

“The situation is most pronounced for hotels in locations convenient for the venues such as Heathrow and Waterloo for Twickenham and Stratford for the Olympic Stadium.”