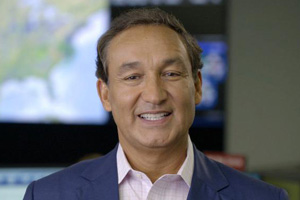 United Airlines continues to operate as normal after its chief executive reportedly suffered a heart attack.

Oscar Munoz (pictured) was admitted to hospital in Chicago on Thursday.

He took over at United last month after Jeff Smisek was forced out for allegedly making deals with public officials in New York and New Jersey.

Munoz is the former head of Continental Airlines, which merged with United in 2010.

The company’s board was waiting to hear from doctors and from Munoz’s family about the severity of the heart attack before deciding if an interim chief executive was needed, the Wall Street Journal reported.

It quoted a source who said the heart attack could have been mild and that he could return to work in two weeks.

The airline said: “ We have been informed by Oscar’s family that he was admitted to the hospital on Thursday and we will provide further details as appropriate.

“In the meantime, we are continuing to operate normally. Our thoughts and prayers are with his family and we are respecting their privacy.”